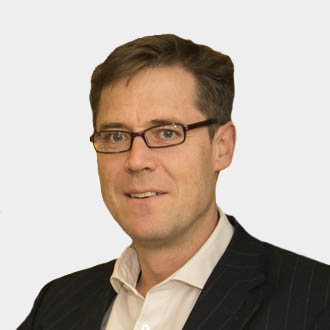 Mr Oliver Jones graduated in 1995 from the University of Oxford. He became a Fellow of the Royal College of Surgeons of London in 1999 during junior doctor posts at Northwick Park and St Mark’s Hospitals in London. He then returned to Oxford for two years of research towards a Doctor of Medicine (DM) degree involving research into mechanisms of faecal continence and defaecation, their disorders and treatment. He undertook his registrar training in the Wessex region before completing his training at the world-renowned Royal Brisbane Hospital in Australia. This gave him a unique experience in complex laparoscopic (key-hole) colorectal surgery for benign and malignant disease, offering, for suitable patients, safe surgery with improved cosmesis and faster recovery compared to conventional surgery.

Mr Jones has previously held consultant posts at Basingstoke and North Hampshire Foundation Trust and has been a consultant for over ten years. He is the current Clinical Director for Surgery at Oxford University Hospitals NHS Foundation Trust.

Mr Jones’s research has won him a number of prizes including the BJS Prize at the Association of Coloproctology, the Norman Tanner Prize at the Royal Society of Medicine and culminated in election as a Hunterian Professor at the Royal College of Surgeons in 2005. Mr Jones has also published two books and over a hundred journal articles and book chapters.

Association of Coloproctology of Great Britain and Ireland, Royal Society of Medicine, Royal College of Surgeons of England.