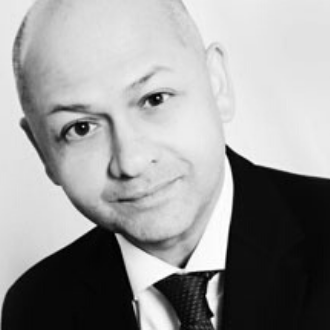 Mr Rana Das-Gupta was born and educated in London and trained as a doctor at The Royal London Hospital and has run a private consultant practise in cosmetic surgery in Harley Street. Prior to taking up an NHS consultant position in Plastic and Reconstructive Surgery in Warwickshire, he has held training positions at many of the famous plastic surgery units in London, including Mount Vernon Hospital, UCH, Queen Marys Roehampton, Wexham Park, and Stoke Mandeville Hospitals and has held senior positions in plastic surgery in Denmark, Chester and Norway. He was indeed a substantive NHS (equivalent) Consultant in Norway for several years prior to returning to the UK.

Mr Das-Gupta completed clinical fellowships in cleft surgery, craniofacial surgery and hand surgery. He also had the opportunity, during his registrar training, to assist many of London’s leading cosmetic surgeons in their operating theatres. Mr Das-Gupta is committed to attending international meetings to keep abreast of best practise within the speciality. Mr Das-Gupta also completed a breast and microsurgery fellowship in Denmark and went on to be part of the team that pioneered breast reconstruction using the DIEP technique in Norway when this technique was in its infancy in Europe. He published several scientific papers at the time as this form of complex breast reconstruction developed. He is hugely experienced in cosmetic breast surgery. In more recent years, Mr Das-Gupta has set up the training course www.faceeyesnose.co.uk and co-chairs a complex rhinoplasty MDT for difficult nose surgery at major University teaching hospital. He has become an internationally recognised expert in the field of face/neck lifting, oculoplastic surgery and rhinoplasty.

Mr Das-Gupta has appeared frequently in the media as a plastic surgery expert, including: GMTV, London Tonight, The Gloria Hunniford Show, The Mail on Sunday, News of the World, The Sun, The Daily Mirror, The Daily Express, Woman Magazine and many other media articles related to cosmetic surgery. He offers the full spectrum of cosmetic and reconstructive plastic surgery and has recently published papers on the latest techniques in breast reconstruction, in the British Journal of Plastic Surgery.