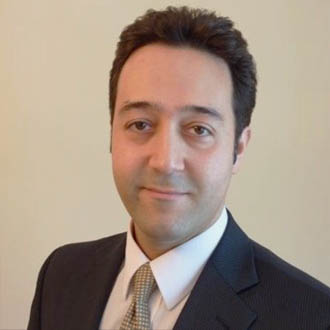 Mr Shafighian is an Orthopaedic Specialist with an interest in injuries and conditions of the upper limb.

Ali Shafighian was educated at St Pauls’ School and qualified in medicine from Charing Cross and Westminster Medical School in 1997. He also obtained a BSc in Orthopaedic Sciences from the Royal National Orthopaedic Hospital in Stanmore (first class hons). He undertook basic surgical training at University College, Stanmore, completing his higher surgical training in Trauma and Orthopaedic Surgery on the Charing Cross, St. Mary and Chelsea circuit in 2009.

Since then he has worked as a Consultant in Hand and Upper Limb surgery at the Royal Surrey County Hospital, Norfolk and Norwich University Hospital, the Horton In Bambury (Oxon) and at The Berkshire Independent Hospital.

Ali is interested in newer treatments for hand and wrist arthritis such as partial or total joint replacements. He has published papers twice in this area over the last four years and retains a professional link with a specialist centre allowing him to move forward his clinical practice in a safe and controlled manner.